Home ❯ Discover our countryside ❯ Things to do this month ❯ Witches and where to find them … if you dare!

Witches and where to find them … if you dare! 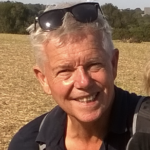 As Halloween approaches and the evenings draw in, Tim Friend looks at how rumours of witchcraft still haunt some areas of the countryside.

The witches are about to take flight, landing on your doorstep with irresistible demands: sweets and more sweets. Not so much scary as endearing; it’s the local children on their annual Halloween hunt for a treat. Little ones in pointy black hats, cloaks and face paint are more likely to giggle at the front door than cast a spell.

Halloween products – witch costumes among them – accounted for £474 million of retail spending in 2019, and the total is increasing each year. It’s a spell that – apparently – can’t be broken: the sugar-rush from all those treats can be heady.

But it’s the rarely taken up offer of ‘trick’ that still gives a hint of witchcraft in ancient woods beyond the settled village. The origins of the children’s night-time round are set deep in English rural history.

And none of it was a giggle.

The English countryside is full of such notorious places, where superstition once overwhelmed rational thought, and women, suddenly branded strange or outsiders, were ordered to be killed as witches.

'Witch trials, combined with rabid anti-Catholicism, reached their peak in the mid-17th century.'

Many of them were the usual victims: the poor, those with mental illness. Others had provided herbal ‘cures’ and cast the occasional curse in rows with neighbours. The role of the village wisewoman dated back to pagan times, but now it was considered satanism.

It was a man who prompted this hysteria. James I of England became obsessed with witchcraft after the execution of his mother, Mary Queen of Scots, in 1587. Witch trials, combined with rabid anti-Catholicism, reached their peak in the mid-17th century. By the time they were formally ended in 1735, it’s estimated that between 500 and 1,000 people were killed in England, often after excruciating torture to name other innocents. Women made up 90% of the executions. (In Scotland, Claire Mitchell QC is leading a growing campaign for those executed as witches – 2,500 in total – to be granted a legal pardon.)

Where witches still haunt us

Pendle is full of mystery with its untamed bewitching northern countryside. The trial of the 12 Pendle witches in 1612 was the most famous in England. They were accused of murdering 10 people using witchcraft. The defendants were mainly from two families, both headed by women in their eighties. They had been in competition over their supernatural powers. And many of the allegations in court resulted from accusations they made against each other.

As well as walks around Pendle Hill, you can also visit Lancaster Castle where the accused were held in a tiny cell beneath what’s known as the Witches’ Tower.

Boscastle on the rugged north coast of Cornwall is unashamed of its witch connections. In 2011, 3,339 people identified as pagan in Devon and Cornwall. Visit the Museum of Witchcraft and Magic with 3,000 objects and 7,000 books. The curator is a practising witch, and the ancient remains of a suspected witch were once on display in the museum. She’s since been laid to rest in a less public place. The museum strives to put the history of witches into context.

East Anglia is a region soaked in witch history. Here, the self-appointed Witchfinder General carried out his brutal regime. Driven by money and zealotry, Matthew Hopkins held 300 trials that led to the executions of more than 100 innocent people.

You can tour Colchester Castle where many of the accused were held in dreadful conditions.

At Framlingham Castle, Hopkins had the octogenarian vicar Reverend John Lowes dunked in the moat, accused of working with the devil. If not a witch, the accused would drown. Lowes floated and proved his ‘guilt.’

The last women to be executed for witchcraft in England were from Bideford in Devon. They were convicted on hearsay evidence. A plaque in their memory is set into the wall of Rougemont Castle in Exeter.

Sybil Leek made quaint Burley famous for all the wrong reasons. In the 1950s she was well-known as a white witch – someone who uses magic for benevolent purposes – and would walk around in her long black cloak with a pet jackdaw on her shoulder. In the end she flew off to America to continue her occult and astrology studies. Burley shops still have witch paraphernalia for sale.

Finally, if you want to meet a real witch this Halloween, I suggest a trip to Pendle Hill. To feel a more intense thrill, stand in the dead of night, rising 1,827 feet above the old hunting grounds of Lancashire, and sense the ghosts of real witches. Make sure you’ve got treats in your pocket, or you could be in trouble.

*With thanks to Visit Lancashire and the National Trust for witch facts. The holly and the ivy…