CPRE the countryside charity has joined Cumbrian locals, Friends of the Earth and Greenpeace in handing in a petition against the proposed new coal mine – and 285,754 people have signed their name.

We’ve been delighted to work alongside local people – including our colleagues at Friends of the Lake District (which represents CPRE in Cumbria) – and these charities to give people a chance to share their views on the new mine.

If it goes ahead, this new coal mine will be the first UK deep coal mine in 30 years and risks jeopardising the government’s own commitments to cut fossil fuels and limit carbon emissions.

Over 9,500 CPRE supporters added their names to the enormous list of signatories that was delivered today to the Department of Levelling Up, Housing and Communities by Cumbrian environmental campaigners and representatives from the three organisations.

As part of their opposition to the new mine, local people have pointed out that the majority of the coal mined in the proposed new mine near Whitehaven will be exported – and the majority of coal used by the UK steel industry will still need to be imported.

'The majority of the coal mined in the proposed new mine near Whitehaven will be exported.'

The Cumbrian coal mine will do nothing to reduce global emissions and would serve to badly harm progress against the government’s own carbon emission targets – essential if the climate emergency is to be addressed.

The letter accompanying the petition sees the three organisations who have worked together to share the petition – CPRE, the countryside charity, Greenpeace and Friends of the Earth – are jointly calling on the Secretary of State to note the significant public feeling against the mine and to consider the arguments put forward in the Public Inquiry last year.

Now the government can be left in no doubt about the strength of public feeling against the mine, we await a decision from Michael Gove, who is now in charge of signing off plans.

We’ll be monitoring what happens next and will continue to add our voices to those of local people to say no to new coal.

Want to help us keep pushing back on damaging plans like this, or calling for a healthier, sustainable future for our countryside communities? CPRE members make it possible for us to keep doing what we do, and you can be a part of it from as little as £3 a month. Join us now.

Campaigners from Cumbria gather with staff from CPRE, Greenpeace and Friends of the Earth at the government department responsible for the coal mine to hand in the petition Greenpeace Promising signs as planned new Cumbrian coal mine is reconsidered

Our letter to the Prime Minister: stop the new Cumbrian coal mine 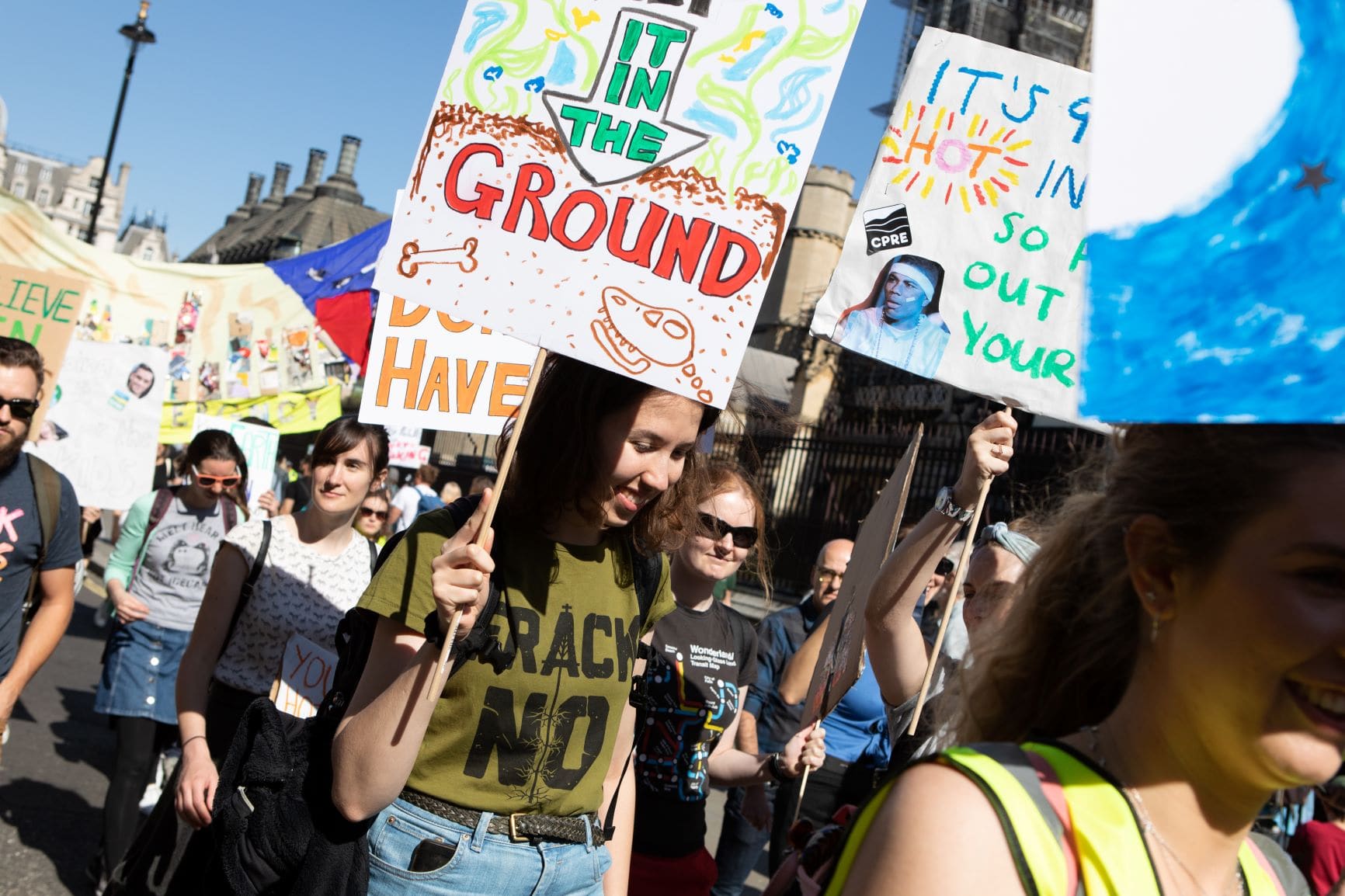