Home ❯ What we care about ❯ Climate change and energy ❯ Fracking

We campaigned to stop the government fast-tracking fracking – and we won!

We ran a hard-hitting campaign opposing the government’s plans to fast-track fracking through the planning system, over the heads of local people. We argued that fracking was bad for the countryside, local communities and the environment – and in the end, common sense prevailed! The government has now dropped its proposals and halted fracking altogether: great news for communities and the countryside.

Tireless work from committed campaigners made this happen. Here’s our interactive timeline of how we did it.

How we defeated fracking In a huge win for CPRE, local groups and rural communities everywhere, the government is saying goodbye to fracking in England. CPRE has long campaigned against fracking, including a significant petition around #FrackturedCommunities to urge the government to consult with local people. 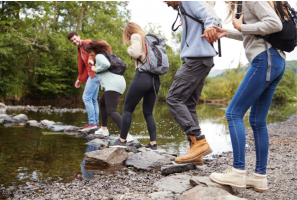 CPRE responded to the Government consultation on permitted development for shale gas exploration.

CPRE responded to the Government consultation on the inclusion of shale gas production projects in the Nationally Significant Infrastructure Project.

CPRE’s response to the May 2018 Written Ministerial Statement on Fracking.