Powered by air: wind power past, present and future 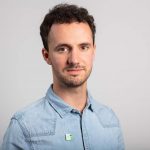 References to a ‘renewable generation’ can sound a bit sci-fi – but in fact, when we talk about wind power, we’re referencing a means of creating energy that’s been around for thousands of years.

In this unprecedented pandemic year, being able to unwind in nature has been more necessary than ever. But we take it for granted at our peril.

The accelerating climate emergency is the biggest challenge facing the countryside (and planet), threatening many of our most treasured landscapes and even the changing of the seasons. That’s why we at CPRE are passionate about renewable energy.

A thousand years of wind power

References to a ‘green revolution’ and ‘renewable energy generation’ can sound a bit like something out of futuristic science fiction. But as well as looking forwards, we want to celebrate the long heritage of wind power in the countryside.

It’s easy to forget that capturing the power of the wind to move machines is nothing new in rural England. Windmills are a quintessential, familiar part of so many landscapes across the countryside, and are an iconic reminder of the fact that rural life has always mixed industry and human activity with nature and the environment.

Windmills have actually been in use for well over a thousand years, with some of the earliest examples found in ninth-century Persia. For centuries, people have been using windmills for activities like irrigation, draining fenlands, and yes, you guessed it, milling grain.

The first windmills began to appear in England in the twelfth century. One of the earliest records of an English windmill comes from an estate owned by the Knights Templar in East Yorkshire, and some people have even suggested that this technology was introduced to these isles by crusaders who had seen them during their wars in the Middle East.

A feature of the landscape

It didn’t take long for windmills to pop up all across England and records suggest that, by the start of the fourteenth century, roughly 4000 had been built across the country, including one constructed at Dover Castle in Kent for the princely cost of £36, 6 shillings and 11 pence.

They were especially popular in flat parts of the country that are without fast-running rivers like East Anglia. At the height of their popularity, there may have been more than 500 windmills in Lincolnshire alone.

Another popular spot for windmills was bare hills where they could catch the best gusts and do the most work, which is probably why Windmill Hill is a recurring place name in many parts of the country.

With so many windmills dotted around our countryside, it’s hardly surprising that they’ve become a much-loved part of the English landscape. We’re fortunate to still have some really impressive examples out there.

At roughly 100 feet tall, the nine-storey high windmill at Moulton village is one of the tallest in the world, visible for miles across the fens. Or you may know the Chesterton Windmill, built in 1632 – not only the oldest stone windmill in the country but supposedly designed by the same architect responsible for the Palace of Whitehall!

With the rise of cheap fossil fuels during the industrial revolution, windmills began to go out of fashion but local people have saved many from dereliction. At Sibsey Trader Mill in Lincolnshire for example, you can sample tasty treats made from their own organic flour as you lunch at the mill’s tearoom.

And the windmill at Heckington village is being put to the highly commendable use of grinding malt for a local microbrewery’s award-winning beer – a traditional low carbon business that we can all raise a glass to.

As we look to a future when we’ve stopped pumping carbon emissions into our atmosphere, let’s build upon this proud rural heritage, reimagining the potential of wind power across the country to meet the needs of a new era.